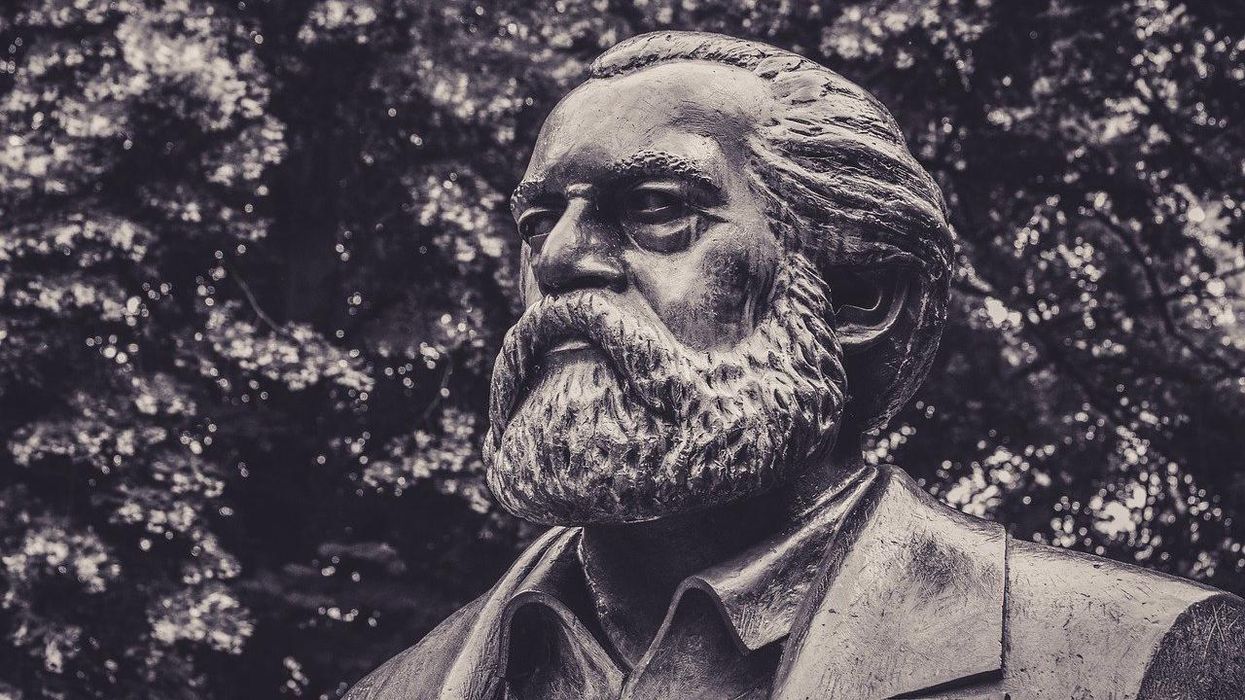 Part of what makes it hard for us to challenge the left is that their beliefs are complicated. We don't mean complicated in a positive way. They aren't complicated the way love is complicated. They're complicated because there's no good explanation for them, no basis in reality.

The left cannot pull their heads out of the clouds. They are stuck on romantic ideas, abstract ideas, universal ideas. They talk in theories. They see the world through ideologies. They cannot divorce themselves from their own academic fixations. And — contrary to what they believe and how they act — it's not because leftists are smarter than the rest of us. And studies have repeatedly shown that leftists are the least happy people in the country. Marx was no different. The Communist Manifesto talks about how the rise of cities "rescued a considerable part of the population from the idiocy of rural life."

Studies have repeatedly shown that leftists are the least happy people in the country.Instead of admitting that they're pathological hypocrites, they tell us that we're dumb and tell us to educate ourselves. Okay, so we educate ourselves; we return with a coherent argument. Then they say, "Well, you can't actually understand what you just said unless you understand the work of this other obscure Marxist writer. So educate yourselves more."

It's basically the "No True Scotsman" fallacy, the idea that when you point out a flaw in someone's argument, they say, "Well, that's a bad example."

Take critical race theory. We're sure you've noticed by now that it is not evidence-based — at all. It is not, as academics say, a quantitative method. It doesn't use objective facts and data to arrive at conclusions. Probably because most of those conclusions don't have any basis in reality.

We wanted to trace the history of critical race theory back to the point where its special brand of evil began. What allowed it to become the toxic, racist monster that it is today?

Later, we'll tell you about some of the snobs who created critical theory, which laid the groundwork for CRT. But if you follow the bread-crumb trail from their ideas, you wind up with Marxism.

For years, the staff has devoted a lot of time to researching Marxism. We have read a lot of Marx and Marxist writing. It's part of our promise to you to be as informed as possible, so that you know where to go for answers; so that you know what to say when your back is up against the wall. What happens when we take the bread-crumb trail back farther, past Marxism? What is it based on?

This is the point where Marxism became Marxism and not just extra-angry socialism.It's actually based on the work of one of the most important philosophers in human history, a 19th-century German philosopher named Georg Wilhelm Friedrich Hegel.

This is the point where Marxism became Marxism and not just extra-angry socialism. And, as you'll see in just a bit, if we look at Hegel's actual ideas, it's obvious that Marx completely misrepresented them in order to confirm his own fantasies.

So, in a way, that's where the bread-crumb trail ends: With Marx's misrepresentation of an incredibly important, incredibly useful philosophy, a philosophy that's actually pretty conservative.