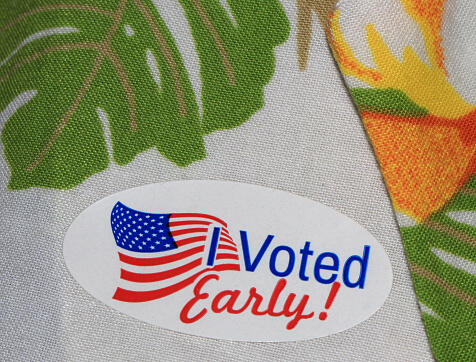 Bottom Line: We’re now only five days away from Election Day. As a reminder early voting continues daily from 7am-7pm through Sunday (November 1st). Floridians, up to and including President Trump, have taken advantage of the ability to vote by mail and early in record numbers. In recent election cycles more Floridians had voted early than on Election Day or by mail. It remains to be seen if that will be the case after record requests with votes by mail. As of Wednesday’s update from the Florida Division of Elections...

Democrats have successfully executed a strong vote by mail campaign flipping the script on Republicans who led in votes by mail in the 2016 election. Likewise, Republicans have continued to build a substantial lead in early voting turnout. This is the reverse of what we saw four years ago. Republicans have now outvoted Democrats for eight consecutive days and continue to reduce the deficit in voter turnout. All Florida counties are now engaged in early voting, which wasn’t the case last week.

The number I’m watching is 209,450 entering Election Day. Based on history and GOP turnout out trends, if Democrats lead by more than 209,450 votes cast by Election Day, it’ll likely bode well for Democrats. The inverse would be true for Republicans.

Here’s the party breakout of the total votes received in Florida: